CREATING A CHARACTER FROM SCRIPT ANALYSIS

This is a unique opportunity over a five day course for actors already working in the profession or just starting out to brush up on their acting skills, either for auditions or having got the job in preparation for shooting their next screen acting appointment.

Working from a dynamically contemporary challenging short film script, actors will be directed and guided whilst working in a small group to find a greater understanding of specifically breaking down  a script and adopting a clearer, deeper view of the art of storytelling, whilst also nurturing and allowing their character to grow, creating an active inner life for camera based upon Stanislavski techniques of the effective sense memory exercise to create a truthful phycological condition as well as allowing the characters physical life through movement based animal exercises creating the character to transform.

The outcome of the five days should help the actor to feel more relaxed and free to express themselves through the use of these defined acting tools, becoming more specific and having a greater understanding of their personal acting choices, making a greater impact on an audition or future job, as well as having fun along the way. 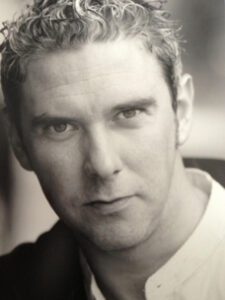 Having completed the three year acting course and graduated from Drama Centre London in 1995, Daniel has worked as a professional actor for the past eighteen years.

Theatre work includes a season and tour with the RSC, Rep work at Manchester Royal Exchange and Guildford Electric Theatre as well as Londons West End and on the Fringe.

Daniel has been teaching at ISSA since 2010, and has also been a lecturer over the past seven years at CityLit Holborn, BodyWorks Cambridge and The Miskin Theatre.