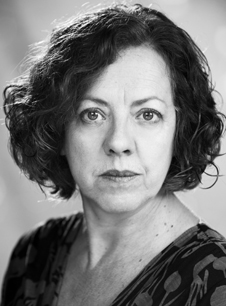 Mary grew up in Zimbabwe  and came to London to train. She has been acting in film, television and theatre since 1980, and teaching alongside her acting work for 10 years.  Recent acting with the acclaimed film directors Mike Leigh and Joanna Hogg led to Mary teaching improvisation for film at several drama schools in London.