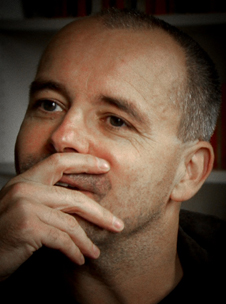 Nigel is a TV and film director with 25 years experience. He has directed over a dozen different prime-time shows and his prize-winning films have played in festivals and television channels all over the world. He has been commissioned by FilmFour, C4, BBC, UKFC, BFI, NIFC, NI Screen and the Arts Council.

As a teacher he has taught courses at LAMDA, Royal Central School of Speech and Drama, A.C.T., Royal College of Art, Westminster University, U.C.A., the Met Film School and Goldsmiths.

He has acted opposite Vivian Stanshall in the Tale of the Long Sky; terrified audiences with his binaural nightmare The Ever Expanding Cabinet of Unnameable Horrors; and brought theatre to the terraces of Millwall Football Club - and lived to tell the tale. He is also a former Irish Men's Sabre champion, though his fencing is a little rusty these days…