This 2-day intensive practical session will cover the complete area of commercials.

The success ratio for commercial castings is around 30 to 1. That’s a lot of castings before you get lucky!

Imagine the difference if you know what you are doing? You can become a real commodity and continue to work in this fascinating world of visual storytelling.

It is worth noting that most actors, with or without previous screen training can be quickly overwhelmed by the speed and apparent lack of playable material or information at a commercial casting. This lack of control can rapidly turn into a damaging lack of confidence.

This workshop will unravel the mysteries of the world of commercials and provide invaluable industry knowledge and insight.

You will be introduced to actual scripts right at the beginning of the day to see how much or how little you understand about this lucrative area of the industry.

After playback and brief feedback, we will cover the following elements in detail:

As well as using industry scripts you will be challenged in small groups to devise a commercial idea and present it to the group and if time allows some of these will be filmed.

This course is highly practical with time for review and visual feedback. You will be on camera and observing others on camera as part of the learning experience.

Guaranteed to change your view!
Bring a pen, a notepad and an open mind! 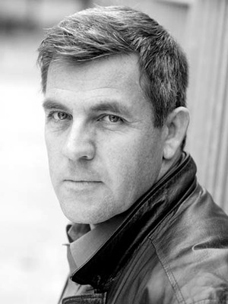 Doug is a film and TV director and specialist screen acting tutor. He has directed more than a dozen high end and award winning films such as Now Retired, (Best Drama writer and director) The Double Deal (recent winner of the best short at the San Diego black film festival) and The Crime( writer and director), a complex psychological TV pilot episode about a police interrogation for child abuse. He continues to juggle the instruction of students with film making and specific directing projects and an expert in the field of shooting high production values to low cost student assessment shoots.

He is a visiting self shooting director at the International School of Screen Acting, bringing his passion, energy, and enormous industry experience from both sides of the lens to the training of emerging actors. He developed the screen acting course at Court Theatre Training Company and is also a filmmaking tutor at City Lit in London.

Doug also runs workshops and courses specifically for screen directors and various acting for screen and commercials workshops. Additionally he is a visiting screen tutor and project director for Cygnet Theatre training in Exeter.

His own professional training began with a 3 year acting course at The Welsh College of Music and Drama, winning the acting award in the first year. He won it again in year three for his performance as Proctor in The Crucible. His first professional engagement came in 1988, in rep at the Liverpool Playhouse. A successful 23 year career as an actor followed in which he was the featured character in 56 cinema and TV commercials along with major appearances in TV productions, including Love Hurts, The Bill, Holby City, Casualty, Eastenders, The Knock, Occupation and the cult series Torchwood in which he played the alien sleeper, David.

‘You depend on trust and the collaboration of skilled personnel as a director, but all too often actors arrive at a casting, or worse, a shoot, technically ill equipped and sometimes hopelessly unprepared for the discipline and rigour of film acting. I remain passionate and committed about preparing actors for the significant demands of the modern screen acting profession.

CLICK HERE TO APPLY FOR THE SUMMER SCHOOL: ACTING FOR COMMERCIALS