A two day course on Zoom aiming to de-mystify the craft of acting on screen and giving you the tools to do your best work in front of the camera.

Day 1
Differences between screen and stage acting
Looking at how editing defines the final performance from the actor’s point of view. Dispelling the myth that all you have to is ‘act smaller’ or ‘do less’, Steve will show how understanding basic film making and editing is key for anyone wanting to be a good screen actor.

Acting in different shots and how to make them work to your advantage
A look at the 4 main types of shots (or frames) relevant to acting on screen and learning how to use each one to help the editor cut a great performance from your work on set. Steve’s professional background as a  screen actor, Director and Producer gives him an all round viewpoint (from both sides of the camera) on the technical aspects of what helps an editor cut a great performance from the work an actor will do on the set.

Preparing a character for screen
How do you prepare for creating a role with little or no rehearsal and then shooting on set?
We will cover Given Circumstances / Script Analysis, solo rehearsal techniques, physical character preparation, preparing for each shoot day and being ready to start to shoot on set.

Day 2
Scene work – Film drama
Using pre-prepared and pre-cast two handed film scenes, Steve will direct each pairing live on Zoom. The session will be recorded for you to watch back your takes. There will be time to work in breakout rooms with your scene partner.

Scene work – Fantasy drama
Using pre-prepared and pre-cast two handed scenes from fantasy dramas like Game of Thrones, Steve will direct each pairing live on Zoom. The session will be recorded for you to watch back your takes. There will be time to work in breakout rooms with your scene partner. 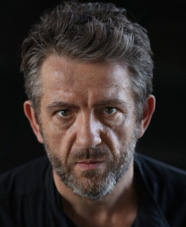 Steve is a highly experienced and skilled workshop leader who specialises in screen acting and devising for theatre. He directs Film Projects at The International School of Screen Acting. He was Head of Acting at Laine Theatre Arts and is currently a sessional lecturer in acting at University of Creative Arts.

Film making credits include: Associate producer on feature films South West 9, The Football Factory. He directed the award-winning short film Cregan for Screen South under the Digital Shorts Scheme and screened at film festivals in the UK and around the world including Foyle, Waterford, Leeds, Soho Rushes, New York . Other directing credits include the short film Greensleeves and film sequences for an original commission of 13 for the Brighton International Festival.